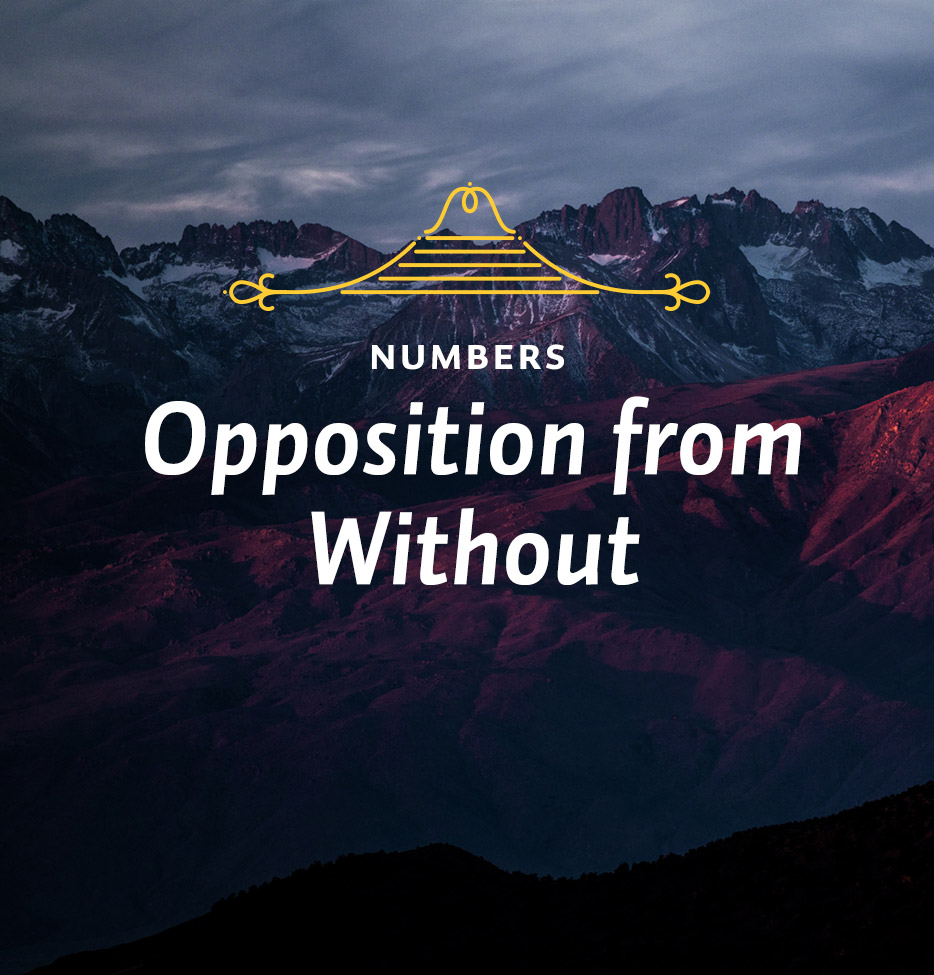 Numbers 23:19-20 In this week’s lessons, we look at the evil plan of Balak and Balaam, and discover how God uses a pagan prophet to speak of good things to come for God’s people, both now and in the distant future.
Theme
Who Is Balaam?

What kind of a person was Balaam? At first glance he seems to be quite a noble character. He uses the name Jehovah, for example. He is being hired to curse Israel, and yet he maintains what we would probably call professional integrity, saying, “Even if Balak gave me his palace filled with silver and gold, I could not do anything great or small to go beyond the command of the LORD my God” (Num. 22:18), and “I must speak only what God puts in my mouth” (v. 38). Some scholars have studied this story and said very commendable things about Balaam. Did Balaam intend from the beginning to do what was right?

The first clue that this may not be a right assessment of his character comes from realizing that wherever he is referred to in the Bible elsewhere, it is unfavorable. For example, in Numbers 31:8-16, we’re told of his death in an incident in the war against the Midianites. Judgment is pronounced against the Canaanites, who are to be exterminated in holy war, and Balaam is also killed. This passage also makes it clear that Balaam was the one who came up with the idea to entice the Israelites to commit sexual immorality with the Moabite women who earlier had invited them to the sacrifices of their gods, which brought about sin and a judgment. Moreover, in Deuteronomy 23:4-5, Balaam is described as wanting to curse Israel, even though he wasn’t allowed to do so.

There is ambiguity in the story. God is angry with Balaam for going, but God nevertheless tells Balaam to go and say what God wants him to say. Why is God angry with him if he is going when God gives him permission to go? We need to ask ourselves why Balaam would want to go and curse them. The obvious answer is that he wanted the money! The king of Moab told Balaam he would reward him very well if he would come and curse the Israelites (see Num. 22:17).

Notice the way it’s handled in the New Testament. In 2 Peter 2:15, Balaam is spoken of as one who “loved the wages of wickedness.” Jude 11 talks about those who have “rushed for profit into Balaam’s error.” You find it again in Revelation 2:14, which talks about the evil counsel of Balaam, “who taught Balak to entice the Israelites to sin by eating food sacrificed to idols and by committing sexual immorality.” With those clues in mind you go back to the story in Numbers, and you begin to see it in quite a different light.

He is introduced first of all as a pagan. That is not a favorable mention in the context of the Old Testament. Pagans didn’t know the true God, and the Israelites did. Pagans worshipped false gods, but the Israelites worshipped the only God as He had revealed Himself. Moreover, Balaam is a prophet who is paid for his services. In other words, he’s a court priest whose job was to say whatever the king wants him to say. As a matter of fact, his harping on money, which you find coming up again and again throughout the story, probably is just a ploy by Balaam to get more money for what he is called upon to do. If you say to your employer, “Now I can’t do that, even if you would give me a house filled with gold and silver,” that’s a way of saying that if you give me a house filled with gold and silver, I just might consider it.

Above all, this incident with the donkey is meant to clue us in as to how he is really being thought of. Balaam was a seer, who is a prophet who sees into the future. But he can’t even see the angel who is standing there with the drawn sword to oppose him. He doesn’t know what’s going on. He is supposed to be able to speak the words of God, but the donkey, who is incapable of speech by nature, actually does speak the words of God—and Balaam doesn’t even understand it. What we have in the story is a typical Semitic polemic against paganism, saying that all these prophets of the heathen are really dumber than the donkeys, because the donkey actually speaks the truth.

A proper evaluation of Balaam is given by Joseph Butler: “The object we have now before us is the most astonishing in the world: a very wicked man, under a deep sense of God and religion, persisting still in his wickedness, and preferring the wages of unrighteousness, even when he had before him a lively view of death.”1

Reflection: What examples of wickedness do we see in our culture? In what areas do we as individuals need to repent?

Application: We as Christians are to pray for the salvation of the lost. In addition to your own personal and family prayers for repentance and revival, consider starting or joining a prayer group at your church that includes praying for the nations of the world.

For Further Study: Download and listen for free to James Boice’s message, “Dealing with Opposition, Part 1, Part 2, and Part 3.” (Discount will be applied at checkout.)