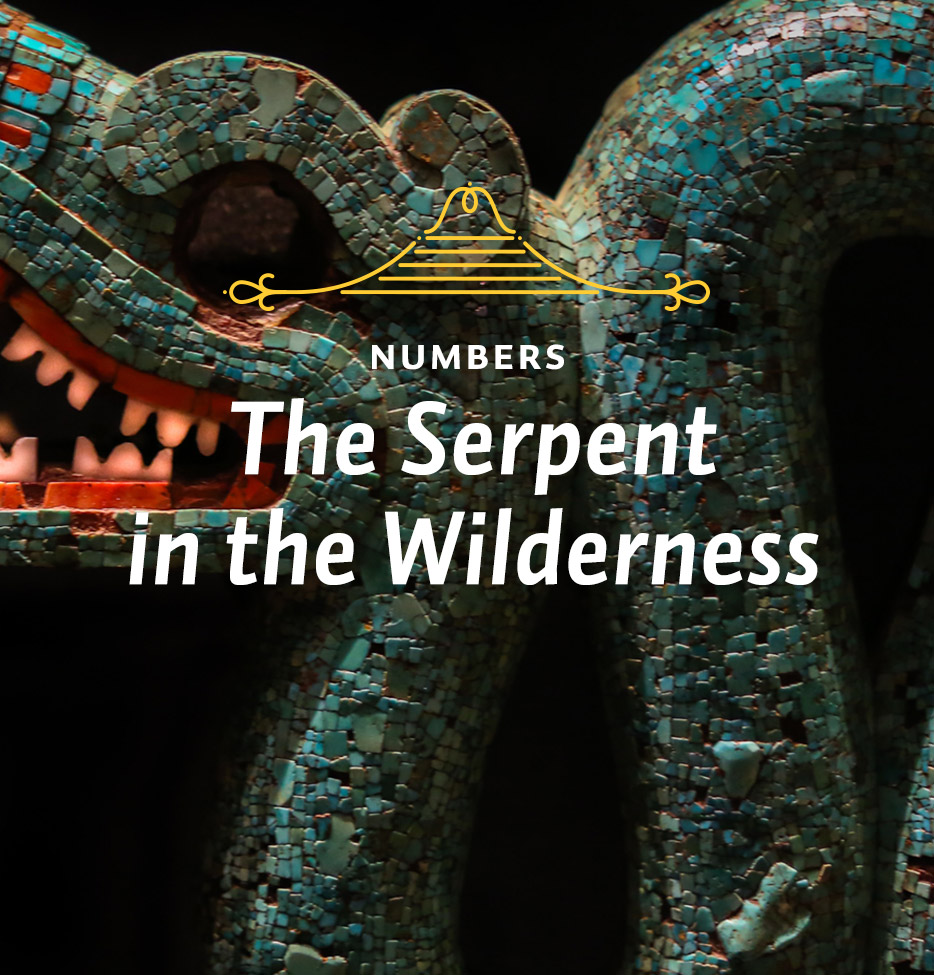 Friday: The Necessity of Commitment: Numbers 21:4-9

Numbers 21:4-9 – In this week’s lessons, we look at the story of the bronze serpent in the wilderness, and learn how this points to salvation promised through the Lord Jesus Christ.
Theme
The Necessity of Commitment

The third element, which is commitment to Christ, may be the most important element of all, at least in the evangelical church. Today, some people approach the idea of faith as simply an intellectual agreement with what is preached. As long as someone says, “Yes, I believe Jesus is the Savior and that He died for my sins,” then it doesn’t make any difference at all whether you actually follow after Jesus Christ. But if Christ isn’t my Lord, then He isn’t my Savior. If I am trusting a Christ who isn’t the Lord, I am not trusting the true Christ. Only the Lord can save you, so you have to commit yourself and follow after Him.

James writes about true faith versus a superficial faith. He points out that even the demons have faith if all that we mean by faith is intellectual agreement. They know perfectly well that Jesus Christ is the Son of God and that He died to be the world’s Savior. But they are not trusting Him for their salvation. And you see, that’s where the difference comes in.

A good example of this difference comes at the very end of John’s Gospel. Jesus had been raised from the dead, and He had appeared to the disciples when Thomas wasn’t present. When they came to Thomas and told him that Jesus had risen, he refused to believe it. Then Jesus appeared to him, and Thomas fell at His feet in worship, saying, “My Lord and my God!” (John 20:28). This is the the climax of the Gospel. John is holding out these truths before us: Jesus Christ has come in the flesh, been lifted up on the cross, been raised from the dead, and we are to respond in saving faith by falling down and saying, “My Lord and my God.” And when we do that, we are demonstrating the faith that saves.

Let me now apply this in three critical ways. The first is that the story of the bronze snake teaches us about the nature of sin. Sin is like the serpents’ bite. It’s a deadly venom within us, not an external and basically harmless blemish that can be easily cured by human remedies. Unless a cure beyond our own ability can be found, we’re destined to perish miserably and forever. Any genuine cure must come from God, and it must deal with the sin problem radically.

Second, we see the healing power of the uplifted Christ. We can’t save ourselves, but God can. God has done it through Jesus Christ. Is there another way? No, there’s no other way. Jesus is the only one. Jesus expressed this Himself when he said, “The Son of Man did not come to be served but to serve, and to give his life as a ransom for many” (Mark 10:45). And he said in another place, “When I am lifted up from the earth, I will draw all men to myself” (John 12:32). Christ lifted up is the focal point of the Bible, and indeed the focal point of all history. We can never speak of Him enough.

Do you tell other people about the uplifted Christ, or do you spend all your time talking about things that really don’t matter to people who are going to perish without Jesus Christ?

The last point of application is the necessity and simplicity of faith. While the classical theologians talked about faith in terms of content, assent and trust, we mustn’t get bogged down by making it complex. Sometimes we have to talk about those three elements because people’s understanding of saving faith can get distorted. But referring to our passage, faith is as simple as looking to the snake upon the pole.

Charles Haddon Spurgeon was a young boy when he was saved. God had been working in his heart and he was restless. On one occasion, he went into a small Primitive Methodist Chapel in the midst of a snowstorm. There was hardly anybody there, and a layman was asked to preach because the preacher couldn’t get there because of the storm. He did the best he could; he was uneducated and couldn’t even pronounce the words properly. He picked a text from Isaiah: “Look unto me and be ye saved, all the ends of the earth: for I am God, and there is none else” (Is. 45:22). The lay preacher began to preach, very simply, but he hammered his points home: “My dear friends, this is a very simple text indeed. It says ‘Look.’ Now lookin’ don’t take a great deal of pains. It ain’t liftin’ your foot or your finger; it is just, ‘Look.’” He went on as long as he could, and then he noticed Spurgeon sitting under the balcony on his right. He turned to him, fixing his eyes on him, and said, “Young man, you look miserable…and you always will be miserable—miserable in life, and miserable in death—if you don’t obey my text…Young man, look to Jesus Christ. Look! Look! Look. You have nothin’ to do but look and live.”1 And that’s what Spurgeon did. He was converted and became the greatest evangelist of his age.

Application: Are you truly committed to the Lord in all areas of your life?

For Further Study: Download and listen for free to James Boice’s message, “How to Become a Christian.” (Discount will be applied at checkout.)