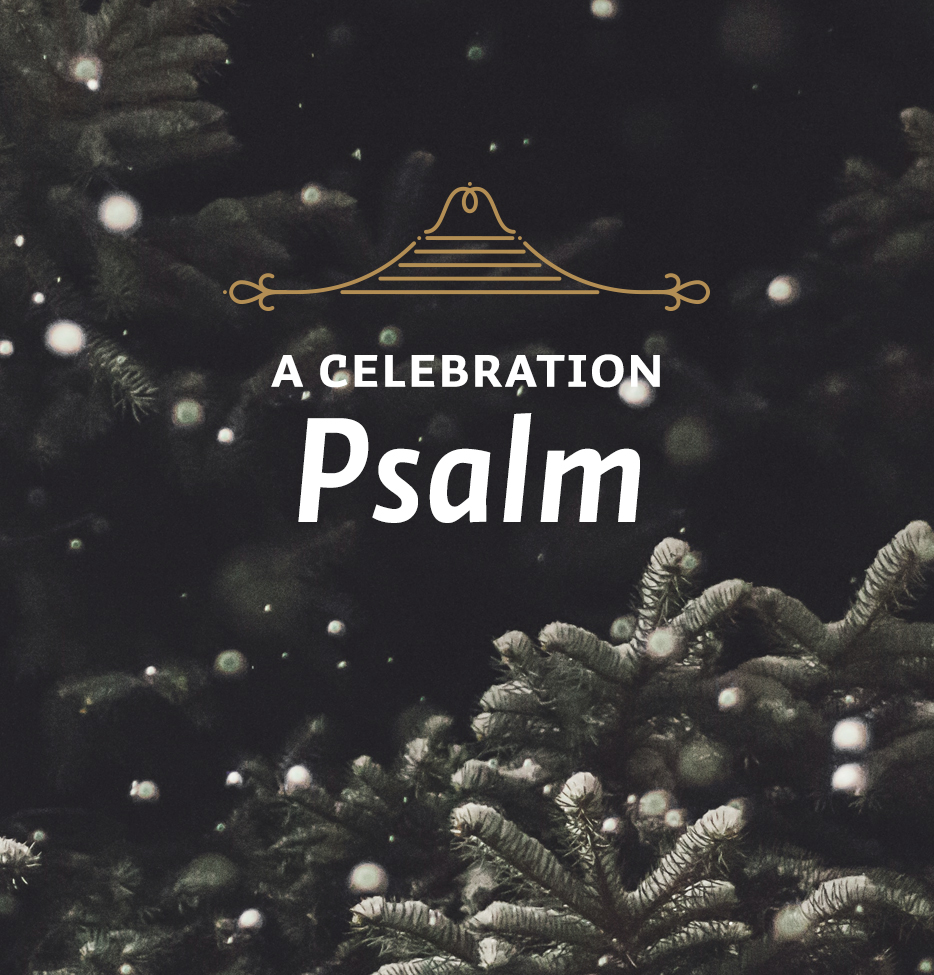 Psalm 98:1-9 In this week’s lessons, we study Psalm 98 and see why we should sing with joy.
Theme
Three Kinds of Deliverance

Let’s look at the parallels between the first part of Psalm 98 and Mary’s Magnificat (Luke 1:46-55).

Sing to the LORD a new song, for he has done marvelous things; his right hand and his holy arm have worked salvation for him.  The LORD has made his salvation known  and revealed his righteousness to the nations.

He has remembered his love and his faithfulness to the house of Israel;  all the ends of the earth have seen the salvation of our God (Psalm 98:1-3).

My soul glorifies the Lord and my spirit rejoices in God my Savior… The Mighty One has done great things for me… His mercy extends to those who fear him from generation to generation. He has performed mighty deeds with his arm…He has helped his servant Israel, remembering to be merciful (Luke 1:46, 47; 49, 50; 52; 54).

What kind of deliverance can we celebrate because of the victories God has provided through the death of Jesus Christ? The New Testament speaks of three kinds of deliverance.

1. Deliverance from sin. The single greatest problem you and I have is our sin, not a lack of self-esteem or accomplishment or whatever, but our sin. Because sin both separates us from God, who is the source of all good, and it destroys human relationships. In the end, sin will usher us into that final place of all separation, which is hell.

What can save us from sin? The world cannot do it. The world is unable to solve its own problems, and even if it could, this would mean nothing in terms of deliverance from the punishment of God due to us for our manifold transgressions. We look to ourselves, but there is no help there either. If we could conquer sin, we would. But we cannot. Sin lives in us and destroys us. Paul wrestled with sin, crying, “When I want to do good, evil is right there with me. …What a wretched man I am! Who will rescue me from this body of death?” But Paul also knew the answer: “Thanks be to God—through Jesus Christ our Lord!” (Rom. 7:21, 24, 25).

Paul explains: Therefore, there is now no condemnation for those who are in Christ Jesus, because through Christ Jesus the law of the Spirit of life set me free from the law of sin and death. For what the law was powerless to do in that it was weakened by the sinful nature, God did by sending his own Son in the likeness of sinful man to be a sin offering. And so he condemned sin in sinful man, in order that the righteous requirements of the law might be fully met in us, who do not live according to the sinful nature but according to the Spirit” (Rom. 8:1-4).

2. Deliverance from death. Glorification embraces the second kind of deliverance emphasized in the New Testament, and that is deliverance from death. Death is an enemy, a very great enemy. But though we are appointed to die once, we look forward to our resurrection from the dead because of the victory over death by our great Savior, Jesus Christ. Paul wrote about Christ’s resurrection and ours extensively in 1 Corinthians 15, concluding, “Death has been swallowed up in victory” (v. 54; Isa. 25:8) and, “He gives us the victory through our Lord Jesus Christ” (v. 57). Because of Christ’s victory we no longer fear death but live our lives obediently and to the full, knowing that when we die we will be with Jesus. “To be away from the body [is to be] at home with the Lord” (2 Cor. 5:8).

3. Deliverance from Satan. The third deliverance emphasized in the New Testament is deliverance from Satan and his power. In Genesis 3:15, in the first of all the many announcements of the Gospel, it is said that the coming of Christ would accomplish Satan’s defeat. Jesus did that at the cross. He defeated Satan, though Satan wounded Him in the process. The atonement achieved by Jesus broke Satan’s power, which was the power of sin and death, and Jesus’ victory over Satan enables us to be victorious too. In the power of Christ we need not fear Satan. James says, “Submit yourselves, then, to God. Resist the devil, and he will flee from you” (James 4:7). Likewise, we read in Revelation, “I saw what looked like a sea of glass mixed with fire and, standing beside the sea, those who had been victorious over the beast and his image” (Rev. 15:2).

Reflection: In your time of self-analysis, do you tend to target lack of self-esteem or accomplishment as problems? Do you give proper weight to sin as the cause of any problems in your life?

Key Point: The atonement achieved by Jesus broke Satan’s power, which was the power of sin and death, and Jesus’ victory over Satan enables us to be victorious too. In the power of Christ we need not fear Satan.