PrevPreviousMonday: Ordination and Consecration: Leviticus 8:1-10:20
NextWednesday: Help of the HelplessNext 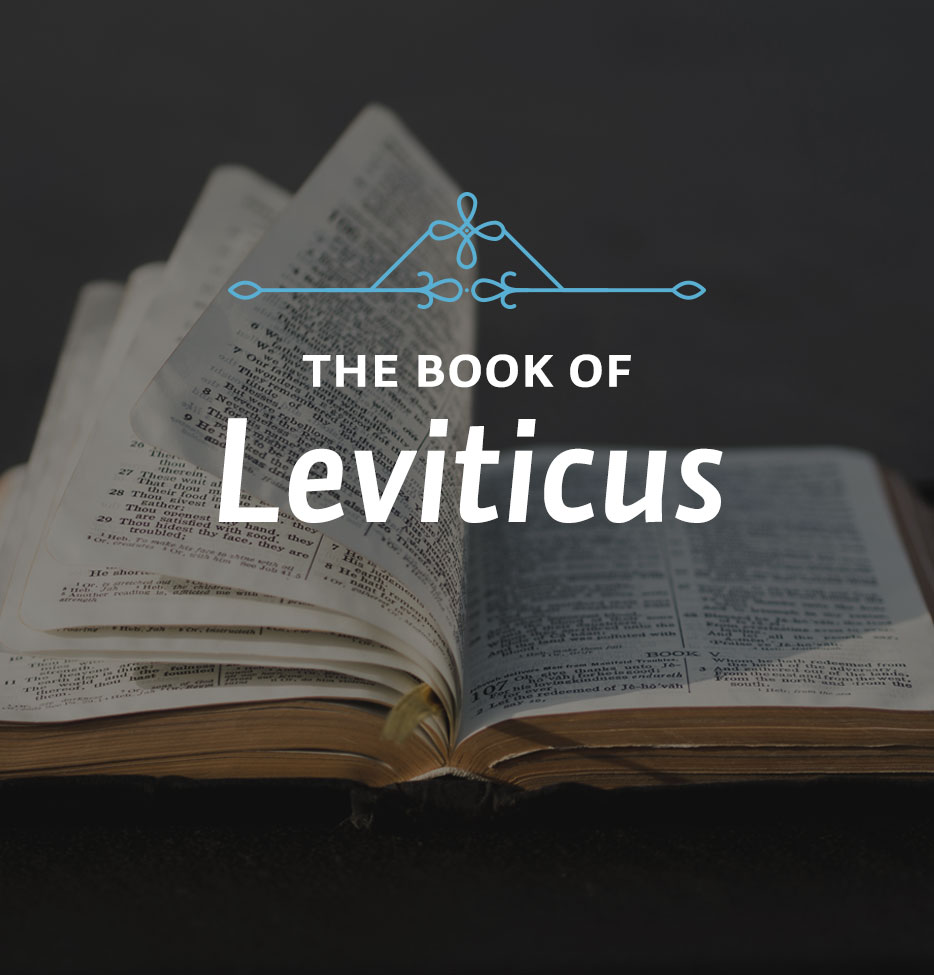 Leviticus 8:1-10:20 In this week’s lessons, we learn about the Israelite priesthood, and see that because the Lord Jesus Christ is our great High Priest, we, too, have been made priests who glorify God and serve others.
Theme
Our Prophet, Priest, and King

Jesus Christ is the perfect prophet, the perfect priest, and the perfect king. How does that apply to us? It applies to us in this sense: we’re told in the New Testament that although we do not serve as Jesus Christ did, and continues to do, nevertheless, because we belong to Christ we have roles that are somewhat analogous to His.

He is the prophet above all prophets, but we also have a prophetic role because we ourselves are to speak the words of God. We don’t have any authority in ourselves, but God has given us his words in the Bible. Our task is to speak that word and make it known to others.

How about our role as priests? Now we don’t offer ourselves up as sacrifices for sin. We can’t do that, only Jesus could do that. But we are called upon to offer our bodies as living sacrifices to God (Rom. 12:1-2), giving ourselves to Him in service. And we’re also to intercede for others. For those who are resistant to the Gospel, our prophetic and priestly task is to intercede for that person, speaking the Word of God to them, and praying that God will open their hearts and minds in order to understand the Gospel and have faith in Jesus Christ.

With regard to kings, the Bible says that we are going to reign with Jesus Christ. For now, we are called to suffer for Him. But that day will come when we will reign with Him in His kingdom.

Most of the verses in Leviticus 8 are given over to the next and most important part of the ordination, which is the offerings (vv. 14-36). Aaron and his sons were to offer a bull as a sin offering, then a ram as a burnt offering, and finally a second ram as a special ordination offering. Here are two important things to notice.

First, Aaron and his sons were to lay their hands on the animals’ heads. We have already seen that this is a way of symbolically transferring the sins of the worshiper to the innocent victim, which is then sacrificed in the place of the one who deserves to die. The wages of sin is the death of the sinner, but the animal died instead. This teaches the doctrine of substitutionary atonement, and points forward to the coming of Jesus Christ and what He did for us. But notice here that while Aaron and the priests were being set apart to God—holy unto the Lord, anointed with oil, and blessed by the Holy Spirit for their function—the very first sacrifice they made was for themselves. Although they were set apart to the Lord, they are nevertheless sinful people like everybody else. That’s true of everybody who has ever served in the whole history of the people of God. Ministers, elders, and deacons are sinful just like anybody else. All need atonement by Christ’s death before they can serve others.

Christians today have no lesser calling. We too are to hear the Word of God as He speaks to us in Scripture. Every Christian is a priest of God and are called to give our hands to His service, offering up our members to God that they might be used by Him, and going where He would have us go. We are not our own. We’re bought with a price. We belong to Jesus Christ. Therefore all we have, all we are, all we can hope to be, must belong to Him.

We come to Leviticus 9, which is an extremely important chapter because it provides the first example of formal Israelite worship. Before this, individuals certainly worshiped God, doing that by building altars, offering sacrifices, and praying. But this is the first organized worship of the people of God reported in the Bible.

That leads us to ask what worship really is. We can understand it better if we think a little bit about the root meaning of the word. Back in the days of Geoffrey Chaucer (late 1300s), when the English language was getting formed more or less into what we know today, they didn’t use the word “worship.” They spoke instead of “worthship,” which is ascribing to God His true worth according to His attributes. In the ceremonies that take place in Leviticus 9, we’re not told a whole lot about God’s attributes. But we are told that the Israelites did everything they did in obedience to the word of the Lord, stressing that everything they did was in response to God’s teaching. The sacrifices, above all, testified to God’s holiness.

Application: What does it mean in your life that Jesus is your prophet, priest, and king? What privileges do you receive from this truth, and what does God call you to do because of it?

Reflection: When you gather together to worship on the Lord’s Day, do you do so with the realization that you are to offer worship to God with His attributes in view?

Key Point: Every Christian is a priest of God and are called to give our hands to His service, offering up our members to God that they might be used by Him, and going where He would have us go. We are not our own. We’re bought with a price. We belong to Jesus Christ. Therefore all we have, all we are, all we can hope to be, must belong to Him.

For Further Study: Download and listen for free to Donald Barnhouse’s message, “Serving as Priests.” (Discount will be applied at checkout.)