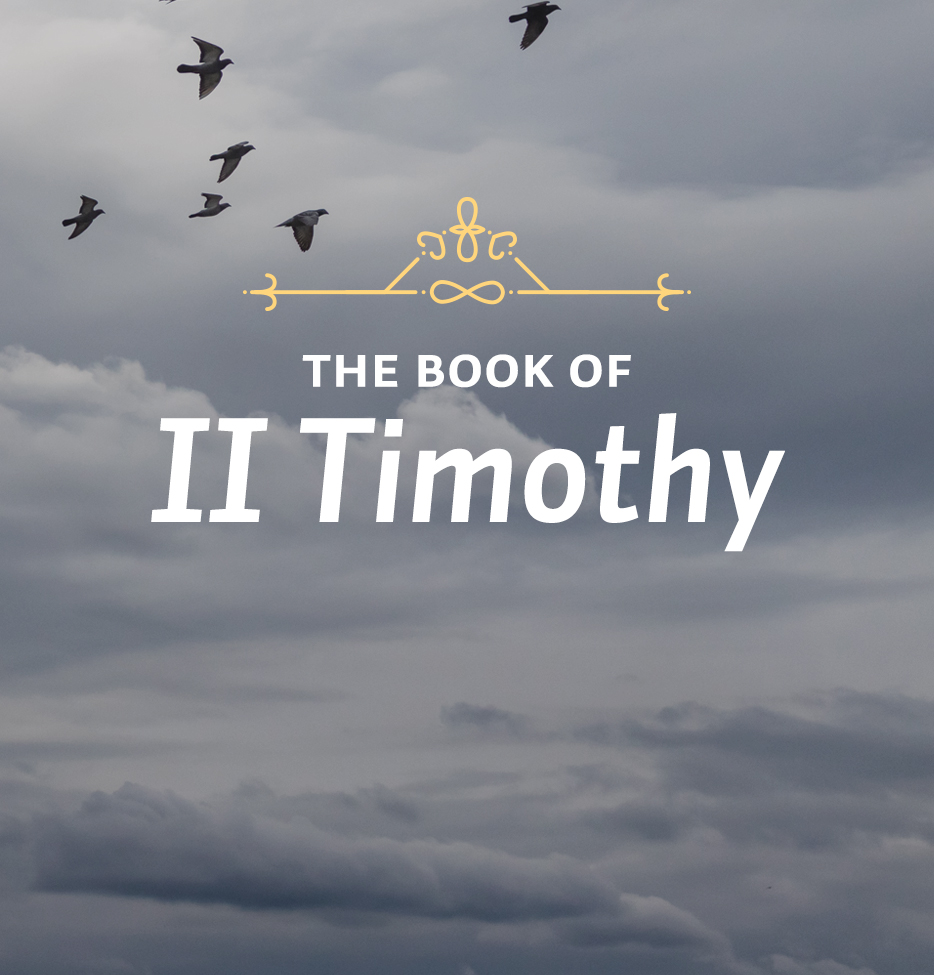 Theme: An Introduction to 2 Timothy
This week’s lessons remind us that we do not only need God’s grace for our salvation; we also need God’s grace to provide strength to carry on in God’s service in the midst of difficulties.
Scripture: 2 Timothy 2:1, 2
I have defined grace as “God’s unmerited favor,” and have said that it is “God’s favor to those who actually deserve the opposite.” There was nothing remarkable in those definitions. Thousands of Bible teachers have said the same thing, even in those identical words. But I have come to a new section of these studies, and it is important now to expand that initial definition.
It is because the Bible also expands it in the sense that it uses the word “grace” not only to describe the unmerited favor of God in salvation but also to describe the provision God makes by the power of his Holy Spirit for Christians to live a victorious Christian life. This is unmerited too, of course. That is why it is called grace. But it is nevertheless a new thing. Nearly all the verses we are going to focus on in this third section of the book use the word in this way.
An example is 2 Corinthians 1:29: “My grace is sufficient for you, for my power is made perfect in weakness.” Clearly, that verse is not talking about the grace of God in sending Jesus Christ to be our Savior, which is what we think of almost always when we hear the word “grace.” Rather it is speaking of the provision of help or strength to carry on in God’s service in spite of some severe physical handicap or limitation. Hebrews 4:16 is another example: “Let us then approach the throne of grace with confidence, so that we may receive mercy and find grace to help us in our time of need.” In this verse grace is actually explained as God’s provision of “help…in our time of need.”
I want to say as I begin this new section that we also need grace in this sense. We need it desperately, because without God’s gracious daily provision of help we will never be able to live the Christian life, not even for a moment.
I begin with 2 Timothy and the charge that Paul, the old imprisoned apostle, gives his young protégé Timothy in the second chapter: “You then, my son, be strong in the grace that is in Christ Jesus. And the things you have heard me say in the presence of many witnesses entrust to reliable men who will also be qualified to teach others” (vv. 1, 2). For the benefit of those who are not particularly familiar with this book, let me list a few important points as an introduction.
2 Timothy is the last of Paul’s surviving letters. Paul may have written many letters that we do not have and have no record of. But of the thirteen letters we do have, those that have been included in the New Testament canon,1 the latest to have been written is 2 Timothy. It was written from prison in Rome where Paul was awaiting martyrdom. In the last chapter he tells how his former friends have deserted him (v. 16), and he asks Timothy, the recipient of the letter, to come to him before winter and to bring a warm coat that he had left behind at Troas, plus some scrolls and parchments.
Timothy was a young man in an extremely demanding position. He seems to have been led to Christ by Paul. That is why Paul calls him “my son” (2 Tim. 1:2; 2:1) and “my true son in the faith” (1 Tim. 1:2). He had travelled with Paul, and when Paul had left Ephesus for Macedonia, Timothy had been left in charge of the Asian churches (1 Tim. 1:3), just as Titus had been left in charge of the churches on Crete (Tit. 1:5).
But there were problems. Some of the problems were external. The leaders in Asia Minor had turned against Paul. Paul reports in the first chapter that “everyone in the province of Asia has deserted me, including Phygelus and Hermogenes” (v. 15). They were ridiculing Paul to the point at which Timothy was tempted actually to be ashamed of him (1 Tim. 1:8). Also the churches themselves were corrupt. The third chapter describes these terrible conditions. To manage a fellowship of churches like that under those circumstances and in the absence of Paul and the position of strength he represented, would have been an overwhelming challenge for nearly anybody. It certainly was for Timothy.
In addition, there were personal problems that involved Timothy himself. First, he was comparatively young (1 Tim. 4:12). By this time Paul had been in the ministry thirty or thirty-five years, he was an apostle, and even he was no longer given proper respect. How much less respect would his young protégé receive! Second, Timothy was prone to illness (1 Tim. 5:23), as a result of which he could not have made a strong impression or been an imposing presence. Finally, he must have been rather reserved—some would say timid—by temperament. This was not necessarily bad. If we had known Timothy, we would say that he had the gentle disposition and consistent thoughtfulness necessary to be a kind and encouraging pastor. But Timothy was no Paul! He possessed neither Paul’s drive nor Paul’s stamina, and yet he had been placed in a position in which he was to guard the gospel and guide the churches of Asia in these spiritually barren times.
Study Questions:

What are some different ways in which God’s grace is understood?
Review what we know about Timothy, and what his ministry is like at the time Paul writes 1 and 2 Timothy. What are some problems Timothy is dealing with?