PrevPreviousFriday: Knowing God and His Word
NextTuesday: Taking an Interest in UnbelieversNext 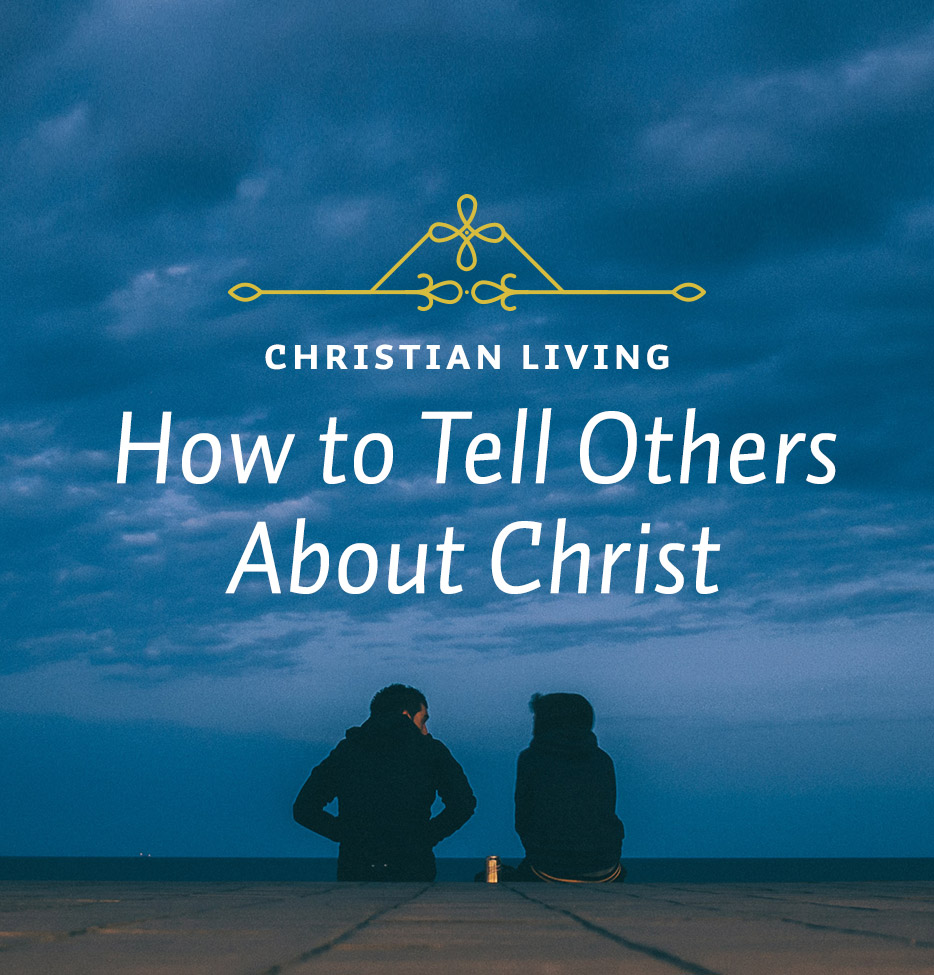 In this week’s lessons, we learn important principles for how to evangelize from Jesus’ conversation with the Samaritan woman.
Theme
The Church’s “Marching Orders”

When Jesus Christ told his disciples to “Go… and teach all nations, baptizing them in the name of the Father, and of the Son, and of the Holy Spirit,” he was giving them what the Duke of Wellington once described as the Church’s “marching orders.” They were to tell others about Him. They were to carry the Gospel everywhere.

Unfortunately, it’s entirely possible for you to understand this commission and even want to tell others about Christ, and yet still not know how. You might say, “I know what I should do, but how do I do it? How do I show that Jesus is the answer for the kid next door who is on drugs? How do I get my very sophisticated roommate to admit her need for Jesus Christ? How do I get the mechanic who works on my car to listen to my testimony? How do I overcome the built-in hostility toward the Gospel by those who work with me every day? What words do I use to talk about Christ to my wife, my husband, my children, my friends?”

If you have ever asked these questions, or are still asking them, then a study of the way in which Jesus related to the woman of Samaria should be of help to you. This is a wonderful story, and as I look at Christ’s dealings with the woman of Samaria, I see five great principles by which He witnessed to her. I’m convinced that if you learn from these principles and practice them, you will experience results similar to those of Christ’s witness, because we’re told toward the end of the story that “many of the Samaritans went out of the city and came unto Him” (John 4:30).

Now what are these principles? The first principle is to be a friend to those you are trying to win. Be a friend. Jesus showed Himself a friend to those who were lost. He has been described as a friend of publicans and sinners. And although this was intended critically, it was quite accurate. Jesus could have kept aloof from mankind, but He would not have won anyone that way. Instead he came to the sick, the lost, the lonely, the distressed, the perishing, and moved among them as a friend.

In this story we find him in the woman’s country, at the woman’s city, sitting on the woman’s well. There’s an illustration of this basic fact about the Lord Jesus in a book by Watchman Nee, the Chinese evangelist. Nee had been talking to a friend in his home. They were downstairs, as was his friend’s son. The friend’s wife and mother were in an upstairs room. And all at once the little boy wanted something and called out to his mother for it. ”It’s up here,” she said. “Come and get it.” He cried out to her, “I can’t, Mummy; it’s such a long way. Please bring it down to me.” Well he was very small. So the mother picked up what he wanted and brought it down to him. It’s just that way with salvation. No one is able to meet his own need spiritually. But the Lord Jesus Christ came down to us so our need could be met. Nee writes, “Had He not come, sinners could not have approached Him. But He came down in order to lift them up.”1 I wonder if you are like that in your witnessing. Do you keep aloof, or do you go to those who need the Gospel?

Application: In what ways can you befriend someone who needs to hear the Gospel?

For Further Study: Download and listen for free to Richard Phillips’ message, “Evangelism and the Sovereignty of God.” (Discount will be applied at checkout.)