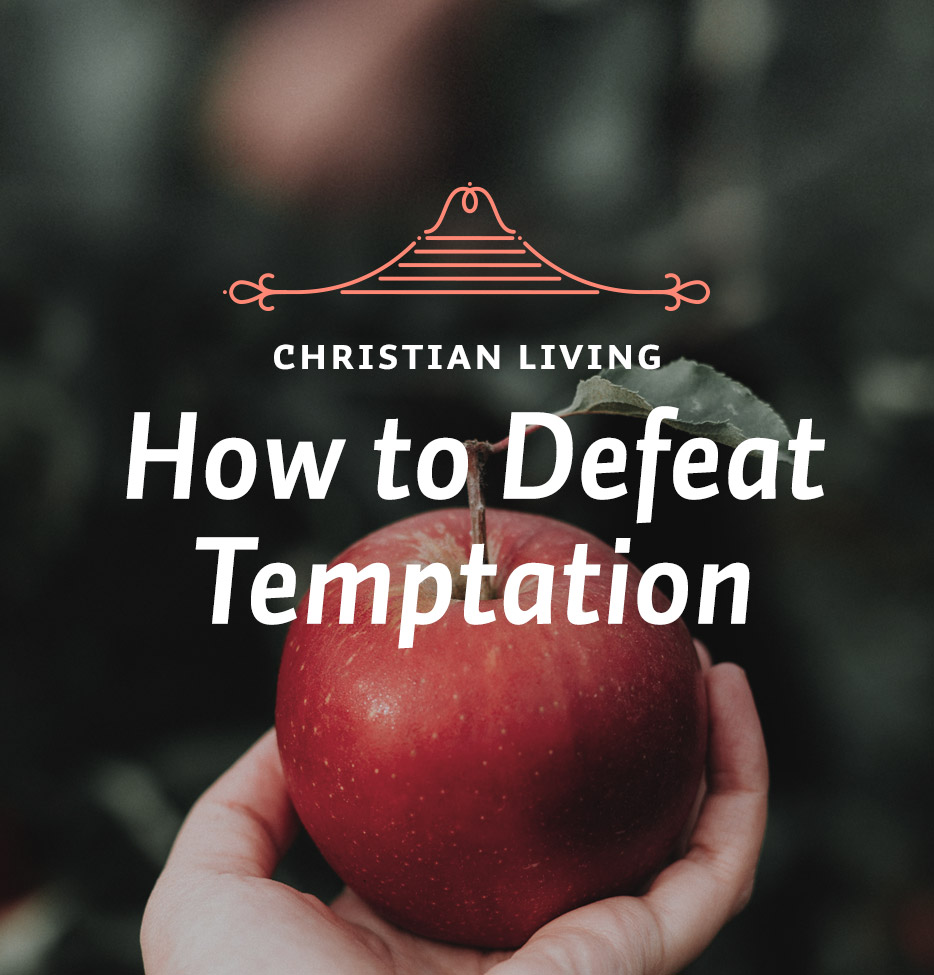 In this week’s lessons, we look at the ways temptation comes to us, and learn how to handle temptation by seeing how Jesus dealt with it.
Theme
Defining Temptation

Most of us have heard scores of jokes about temptation, such as those by Oscar Wilde, who wrote in The Picture of Dorian Gray, “The only way to get rid of a temptation is to yield to it.” Or again in Lady Widermere’s Fan, “I can resist anything…except temptation.” Jokes such as these are thought funny by those who are not engaged in the struggle. But any who are seriously struggling with temptation know that temptation is real, that it is serious, and that it can come to any believer in the Lord Jesus Christ, from any quarter, at any time.

A serious writer wrote, “The source of temptation is in man himself.” And another declared, “The temptation is not here, where you are reading about it or praying about it. It’s down in your shop, among bales and boxes, ten-penny nails, and sandpaper.”

What should be our attitude to temptation? Should we cower before it or run from it? Should we submit or resist? The biblical answers to these questions teach us that we should resist. And they assure us that God is indeed able to help and deliver those who are tempted. The author of Hebrews said of Jesus Christ, “Wherefore, in all things it behooved him to be made like his brethren, that he might be a merciful and faithful high priest in things pertaining to God to make reconciliation for the sins of the people. For in that he himself hath suffered being tempted, He is able to help them that are tempted” (2:17).

What is temptation? The clearest answer to that question comes from the book of James. The author wrote, “My brethren, count it all joy when you fall into various trials [temptations, KJV], knowing this, that the testing of your faith worketh patience” (1:2-3). In these verses it is obvious that James was referring to a kind of temptation that comes to a Christian from God and which is intended by God for the strengthening of his faith and character. This is the kind of testing that came to Abraham when God asked him to sacrifice his son Isaac. It was not a temptation to sin. It was a test of whether or not he would believe and trust God. When he did trust God, he grew. Clearly we are not to pray to escape this type of temptation, but rather we should receive it willingly, as James said. We can do this when we are afflicted by any form of suffering, persecution, discouragement, or abuse for the cause of Christ.

But now several verses farther on in the chapter, James wrote of a temptation that is not from God. This is temptation in a second sense of the word, and this kind of temptation is not at all desirable. “Let no man say when he is tempted, I am tempted of God; for God cannot be tempted with evil, neither tempteth he any man; but every man is tempted when he drawn away of his own lust, and enticed” (1:13-14). This verse identifies man himself as one source of this type of temptation.

The last verse of the chapter speaks of a Christian’s duty to keep himself “unspotted from the world.” And so it would seem from this that the world is a source of temptation also. And then finally, in chapter four of the same book, verse 7, James spoke of the assaults we receive from the devil. He said, “Submit yourselves, therefore, to God. Resist the devil, and he will flee from you.”

Reflection: Where in Scripture do you see evidences of people being tested by God? What were the results?