PrevPreviousFriday: Waiting for the Second Coming: Psalm 98:1-9
NextTuesday: Out of Bethlehem: Micah 5:2Next 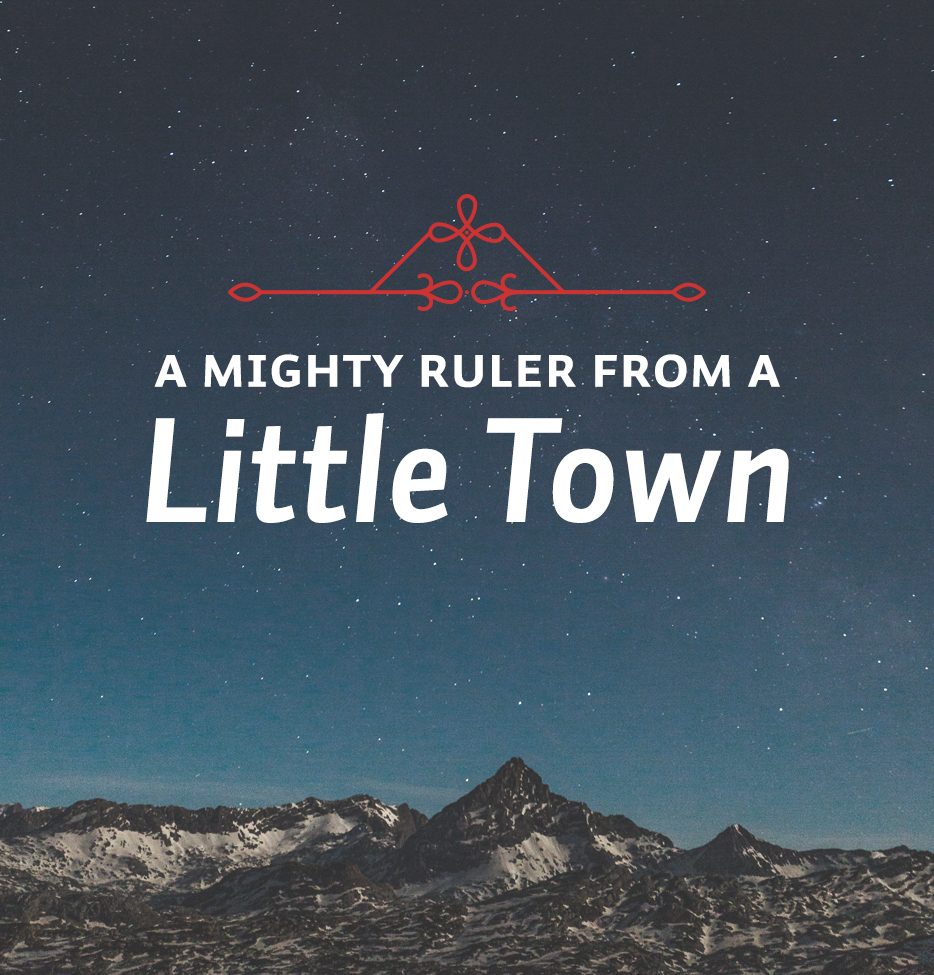 Monday: A Little Town with a Great History: Micah 5:2

Micah 5:2 In this week’s lessons, we see that biblical prophecy was fulfilled by the Lord’s directing Mary and Joseph to make a trip to Bethlehem, where Jesus the Messiah was to be born.
Theme
A Little Town with a Great History

When the Wise Men came to Jerusalem in those early months following the birth of Jesus Christ, they asked to see the new king. Those who heard the Magi’s questions were disturbed—particularly King Herod. It was because Judea already had a king, and Herod was that king. Herod was a crafty old politician. He did not know who this king was, but that did not mean that no king existed. He set about to find where the “pretender” was so he might kill him. Who would know about his birth place? If anybody would know, it would be the chief priests and teachers of the law. So Herod called them together and asked where the child was to be born.

The rulers did not hesitate for a moment. They knew the answer to that first century “trivia” question. It was in Micah 5:2. So they answered, “In Bethlehem of Judea… for this is what the prophet has written:

‘But you Bethlehem, in the land of Judah,

are by no means least among the rulers of Judah;

for out of you will come a ruler

The interesting thing about this reply is that, in spite of their knowledge of the text and their awareness of the Wise Men’s question, none of the Jewish leaders took time to investigate reports of this long anticipated birth for themselves. They had an interest in the case. It was their Messiah, after all. His birth and the announcement of the place of His birth was in their Scriptures. But it was as true of them then as Jesus later declared it to be during His ministry, that they diligently studied the Scriptures yet would not come to Him that they might have life (John 5:39). The Magi went to Bethlehem and found Jesus. But these rulers were too busy—or too lazy or too unconcerned—to make the short trip.

Bethlehem is only five miles south of Jerusalem, along what was even then a well-built and well-traveled road. But they would not go.

In the modern state of Israel, Bethlehem is not a very big town even today. And it was much smaller then. But although it was small—the text says, “small among the clans of Judah”—it had a long and illustrious history.

The first biblical mention of Bethlehem is in Genesis 35, in one of the most poignant stories in that book. Jacob, the grandson of Abraham, was on his way to Hebron from Bethel after his return from living in Mesopotamia with his uncle Laban. And he paused on the way to Bethlehem because his beloved wife Rachel, for whom he had worked fourteen years, was giving birth and was having trouble in her labor. A son was born, and Jacob named him Benjamin. But Rachel died. The loss was so great to Jacob that years later when he was blessing Manasseh and Ephraim, the sons of Joseph, Jacob paused in his blessing to reminisce sorrowfully, “As I was returning from Paddan, to my sorrow Rachel died in the land of Canaan while we were still on the way, a little distance from Ephrath. So I buried her there beside the road to Ephrath” [that is, Bethlehem]” (Gen. 48:7).

Caleb, the great hero of the Jewish conquest of Canaan under Joshua, was also connected with Bethlehem because it lay in the territory he claimed as his inheritance (Josh. 14:12-15; 1 Chron. 2:24, 51, 54). Caleb’s second wife was called Ephrath (1 Chron. 2:19), perhaps giving her name to this city, and at one time Bethlehem was called by a combination of his and her names: “Caleb Ephrathah” (1 Chron. 2:24).

Application: How did you prepare spiritually to celebrate the birth of Christ during this Advent season? Was it a season that contained a proper amount of time to read, pray, and quietly reflect on the great themes of Christmas?