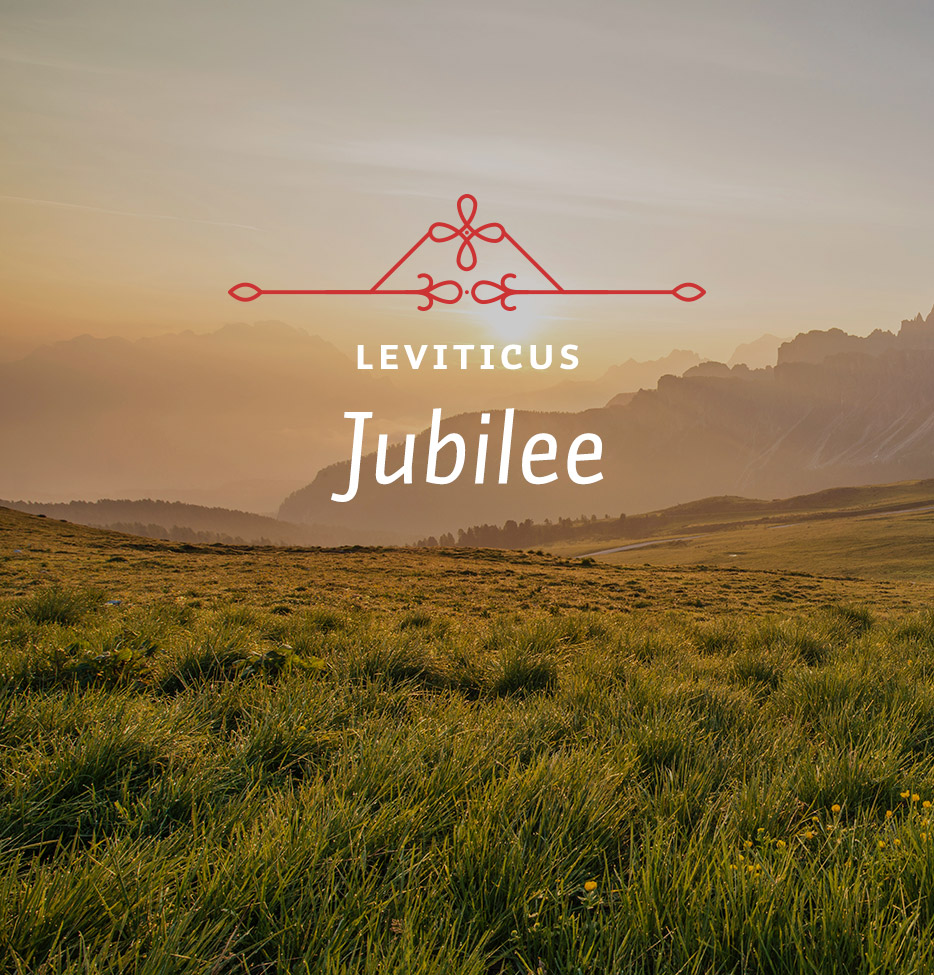 Leviticus 25:1-55 – In this week’s lessons, we learn about what happened at the Year of Jubilee, and see what this has to teach us about our own view of wealth and the accumulation of possessions.
Theme
Making Our Lives Count Forever

Let’s face it: Numbers isn’t the kind of book you just naturally pick up to while away a few hours on a weekend. It’s part of the Old Testament law, for one thing. That’s bad enough. None of us likes law very much. But in addition, it’s also called Numbers. Some who score very high on their achievement tests or who major in mathematics are interested in numbers. But the rest of us think they are generally pretty irrelevant. And this title isn’t an aberration either—it really is about numbers, at least the first section of the book is. It’s about the numbering of the tribes of the people of Israel, and the arrangement of their camp, and the purification of the people for their march. That’s just not terribly appealing. For the title of the sermon, someone had suggested that I call it “Numbers: An Audit,” since people do not find audits by the Internal Revenue Service appealing, either.

As we begin, remember what Paul wrote to Timothy when he was writing about the Word of God: “All Scripture is God-breathed and is useful for teaching, rebuking, correcting and training in righteousness” (2 Tim. 3:16). “All Scripture” includes Numbers. And so, when we approach the book, we want to ask God to make it useful and profitable to us, so that we’ll be trained, corrected if necessary, and established in righteousness.

This was not the Hebrew title. The Israelites actually have a number of names that they use for this book. One of them was BeMidbar, which is the fifth word in the Hebrew text and is translated “in the wilderness.” This is a good name for Numbers because the book describes what happened to the people during those thirty-eight years or so that they were wandering in the wilderness before they finally stood on the very brink of the promised land. The Jews also call it Vayedabbar, which means, “God spoke.” These are the very opening words. That’s not a bad name either, because the book emphasizes again and again how God spoke to Moses and the people, giving them instructions, and how the people responded to God’s speaking. The phrase, “God spoke,” or the equivalent of it, occurs 150 times in the book.

It’s helpful to come to Numbers after having studied Leviticus. Genesis through Deuteronomy all flow as a sequence, and, with the exception of Deuteronomy, the last of the five books of the Pentateuch, each book begins, “and.” So they are all tied together in a narrative. But there is very little narrative material in Leviticus, which is essentially a manual for the priests: how they’re to conduct themselves, what kind of sacrifices they’re to offer, and how they’re to conduct worship. But now when we come to Numbers, the narrative picks up again as the people prepare for the march. Then the people move forward and we get the incidents that we know so well. The great hymn, “Guide me, O Thou Great Jehovah,” is full of imagery taken from Numbers, as God guides the Israelites through the desert to the promised land.

In terms of an outline for this study, the first ten chapters can be roughly divided into four sections. The first four chapters describe the numbering of the people. The next section devotes a number of chapters to the purification of the people, or the ceremonial setting aside of the people to God. The third section deals with the offerings of the tribes. Finally, at the end of this introductory section, we find the people actually starting out for Canaan.

In the first four chapters, the people themselves are counted, the tribes are ordered, and the Levites are numbered and assigned their duty as a body within the greater whole.

The number of men of Israel who were of fighting age—that is, from the age of twenty upward—was 603,550. I’ve been using the rough figure 600,000 because that’s the number that’s given in another place. But this is the exact numbering. On that basis we surmise that the total number of the people, including the wives, children, and others who joined the Israelites at the time of the exodus, was at least two million. Some people say it was probably three million.

It’s a great puzzle to imagine how three million people could have survived in the desert. Of course, apart from the miraculous provision of God on their behalf, it would have been impossible to survive. They’d have all died in the desert if God hadn’t provided manna from heaven for them to eat, water from the rock for them to drink, and if He hadn’t overshadowed them with the cloud to protect them from the sun.

This teaches us that, apart from God, you and I are equally all on the verge of physical death because we are wholly dependent on God to sustain us. We do not think that way, of course, because we have everything we need physically. But if God doesn’t feed us and care for us, we would not have a prayer in the world. This is also true spiritually, and the way God does it is through Jesus Christ, who described Himself as the living water and the bread from heaven. He sent the Holy Spirit, who does for us what the cloud did for the Israelites—leading us and directing us in the way that we should go. We need to think more in those terms.

Reflection: Are you nourishing your soul on the Word of God, or is your heart divided by an affection for worldly things?

Prayer: Ask the Lord to make you more sensitive and alert to the needs of people around you. How can you minister to them in the name of Christ?

Key Point: If you are waiting for the sounding of the trumpet, for the day when you will be caught up to be with Jesus Christ forever, then it will give you a right perspective on the things you possess now, and you’ll live for God in this world.

For Further Study: Download and listen for free to Donald Barnhouse’s message from Romans 14, “The History of the Sabbath.” (Discount will be applied at checkout.)